In Panama and Columbia, there is a indigenous tribe of people called the Kuna (apparently now called Guna).  They make a fabric art called molas, which are pictures sewn using reverse applique.  When I lived in Panama, I felt in love with them and I regularly wore clothing that had molas sewn into/on them.

The last time I was browsing on Spoonflower, I found that there were some fabrics that depicted molas and I decided that I needed some.  I bought this one. 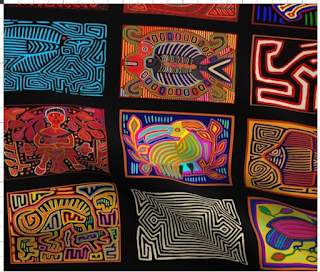 I decided to make masks.  I used the mask pattern that I used in my last post.  The rectangle in the fabric are much smaller than my mask pattern so even with fussy cutting, I had to improvise quite a bit.  I'm still rather pleased with how they came out. 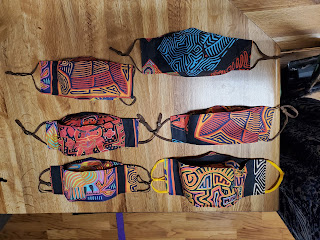 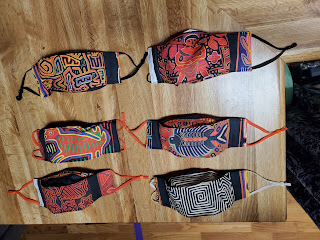 I also decided to try to make one without the seams across to see  how it would affect the look and feel.  That is the bottom one in these two pictures. 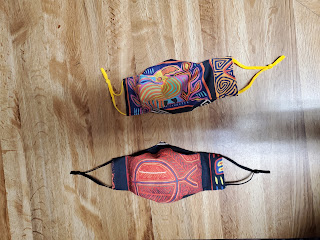 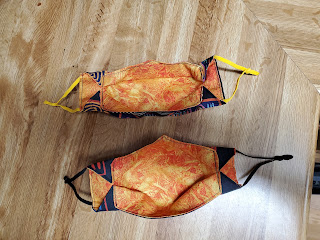 It really doesn't feel that much different, but it make the folding a little weird. The pictures don't really do them justice, and they don't really do justice to real molas.  I actually really like how they turned out and for me, they are really nostalgic from when I lived in Panama.
Posted by Kimberly at 6:56 PM No comments: