Flowers at the zoo

I only know the names of a few of these.  Feel free to let me know if you can identify any of the rest. 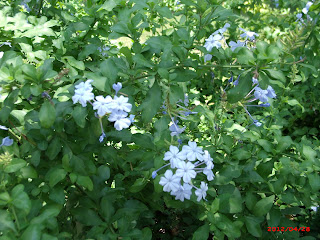 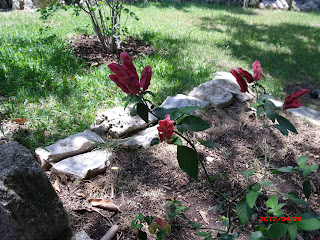 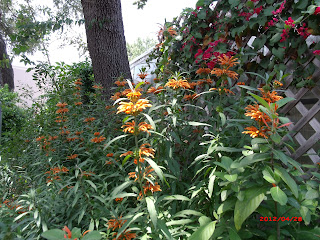 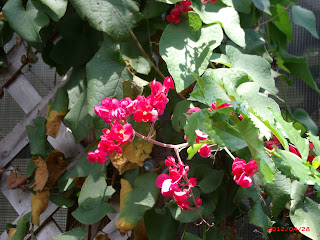 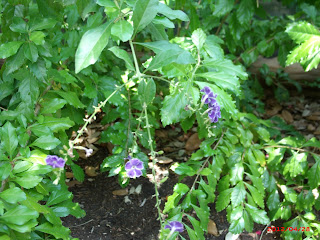 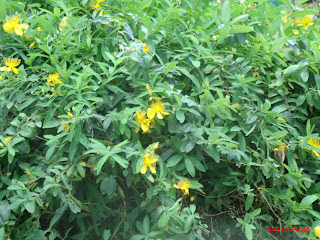 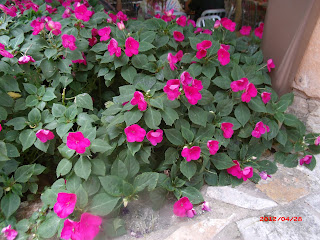 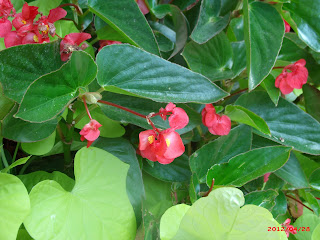 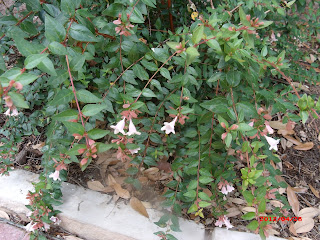 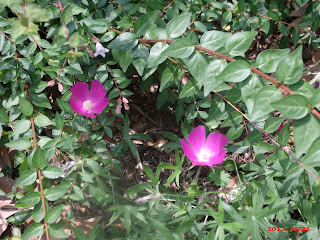 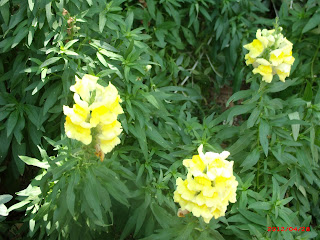 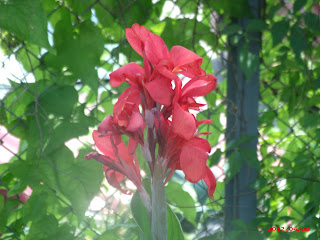 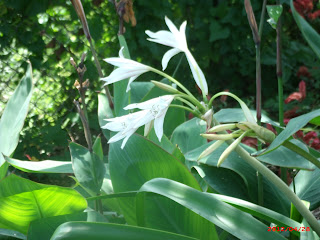 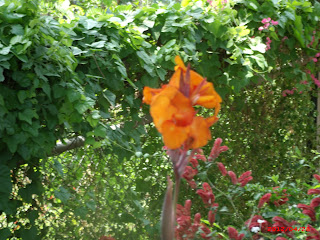 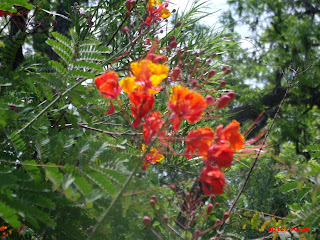 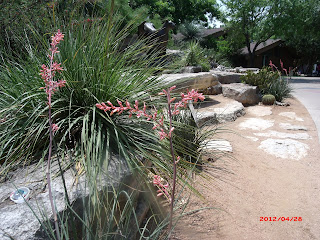 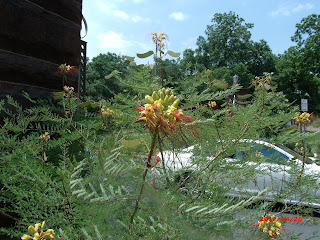 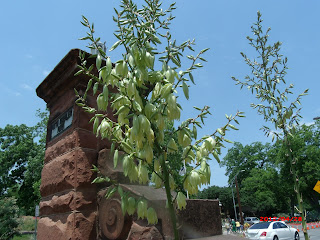 Not a flower, but it was really interesting and kind of painful to look at this tumor on this fish. 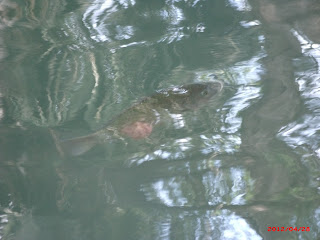 They are all looking over there and I can't get them to look at me. 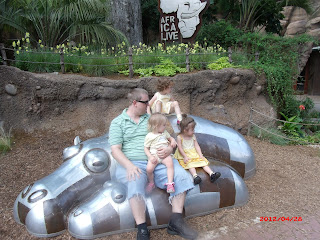 So I moved to the direction they were looking. 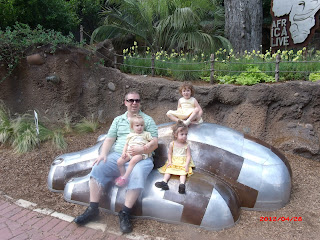 Posted by Kimberly at 8:40 PM No comments:

I won a giveaway from Victoria.  She sent me beautiful blue and purple plaid taffeta and blue tulle that was already cut out and the pattern.

Here is the pattern. 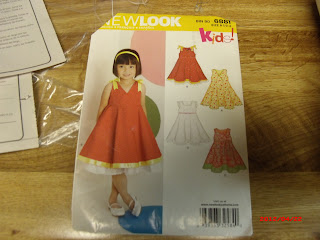 What is really interesting is a couple of days after I received this, my MIL saw it and told me she had purchased this same pattern and was making a dress for the bear cub with it.

Q gave me a sewing weekend by taking the girls up to see my mom yesterday and I had planned to get a number of projects done, but this was really the only thing I did because I got really sick and ended up spending most of the weekend on the couch watching "Buffy the Vampire Slayer". 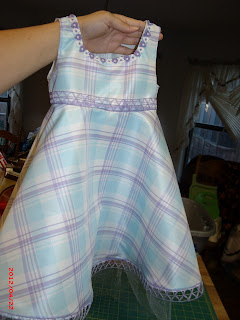 Anyway, the dress came out beautifully and I really love it.  I don't normally like plaid, but if I were to choose one, this would be the one that I would pick out.  I had some purple trim that matches it exactly, though for some reason, the flowers look off in the picture.  I did alter the construction a bit so that there would fewer seams against the body and also I gathered the tulle on both sides since I felt like it didn't have enough impact as a single layer. 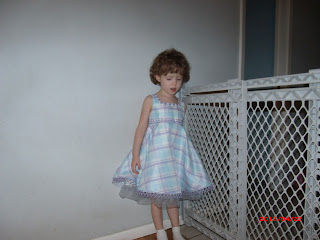 It's a little short on the nerdlet for my tastes but I think it will be long enough for the bear cub, but she wasn't in a good enough mood to play barbie dress up doll for me tonight.  In any case, it will fit Darth Baby perfectly when she grows a few inches.

My MIL made a lot of changes to hers.  She took out the zipper, altered the construction, removed the lining, and possibly others than I haven't noticed yet.  Katie had no interest in modeling this one and as it is slightly shorter than the one I made, I figured it will be fore the bear cub anyway, but here is her version. 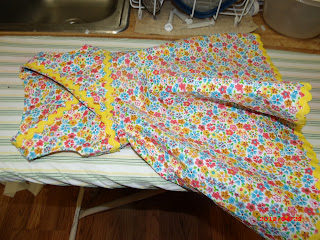 My MIL makes a lot of clothes for my girls and I normally don't include them, but I really wanted to show how much possibility there is in the pattern.

I haven't included a lot of sewing posts recently, not because I haven't been sewing (though it has been less), but the bear cub has recently started preschool at a elementary school that isn't that close and I've been really busy with that and a few other things.  I plan on posting on her entering school and also catching up on the Burda magazines, the most recent of which I actually loved.  I'm also really excited about the upcoming Ottobre magazine.
Posted by Kimberly at 7:19 PM 1 comment:

Dear Harmony Hills Email Harassment Team Member:
Please excuse the bear cub for her absence on 04/17/2012 as she had diarrhea.  I decided to keep her home in order to not infect any of the other students with a pathogen that infects the digestive system.  Possibly if you didn't do such a good job with the email harassment then the parent of the child that she got it from might have made the same choice.
Also, I would appreciate it if you would also excuse her absence on 04/05/2012.  I realize that I'm requesting this quite late afterward and am including a doctor's note in the hope that you will cease the repeated emails on the subject.
Trying to be a conscientious parent,
Kimberly

Dear Absentee Fascists:
Please excuse the bear cub for her absence on 04/17/2012.  Yes, I do realize that being at school is important and that unless there is a grave reason for her not to be in class that I should send her to school.  I'm hoping that sending this note and acknowledging the importance of each school day that you will not feel the need to send me 50,000 emails on the subject the rest of this week and next.
Thanks so much,
Kimberly

Likely, I won't send either note, but instead the first main body line from the first, but I really, really want to send one of these.
Posted by Kimberly at 1:32 PM 2 comments:

My Girls on Easter 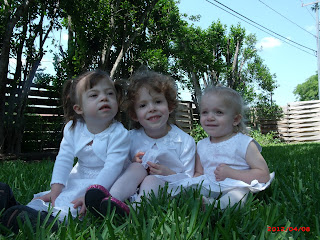 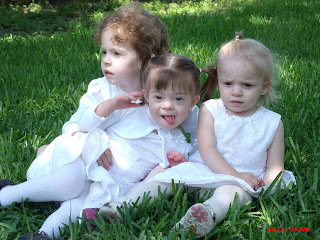 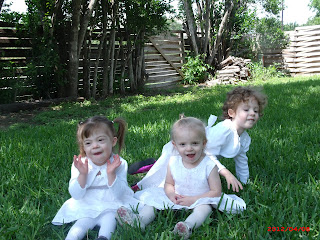 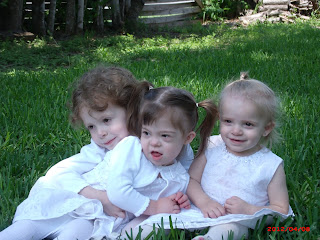